This is among the findings in a comprehensive Ragan Salary & Workplace Culture Survey report. How does your compensation stack up against others in your industry?

Women make up most of the communications industry. Why are they getting paid less?

Ragan’s Salary & Workplace Culture Survey: 2022 Edition reveals pay disparities by gender and geography, with salaries in the Northeast region slightly topping those of all other regions.

Industrywide, the average annual base salary is $111,312, the Ragan survey of internal and external communicators reveals.

Of the more than 500 respondents, men were only slightly more satisfied with their salaries than women (57% compared to 56%) despite men reporting higher base salaries by nearly $9,000.

The gender disparity was wider when it comes to overall job satisfaction, with 73% of women saying they were more satisfied with their roles than the 66% of their counterparts.

While 67% percent of respondents said they are satisfied or very satisfied with their company’s mix of both hard and soft benefits, the level of satisfaction varies by gender — 80% of men expressed satisfaction with benefits compared to 64% of women.

The survey also found that 84% of women said they work from home at least one day a week, compared to 76% of men. 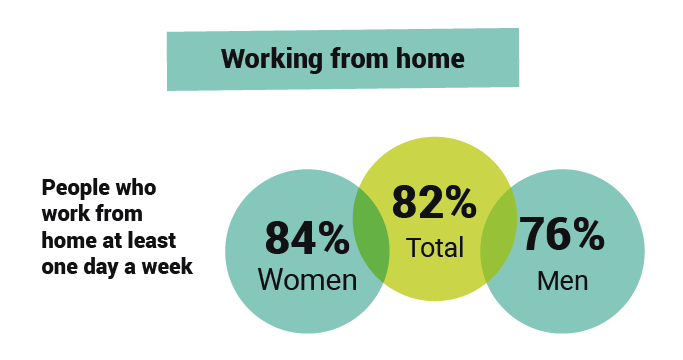 Coupled with the fact that fewer women said they have a ‘work spouse,’ or close confidante, than men (23% and 28%), these numbers suggest that women ascribe greater value their relationships and quality of life outside the office than men. As such, it stands to reason that they want to see benefits and salary match their lifestyle needs.

The post Most communicators are women, but they still trail men in pay, Ragan survey says appeared first on PR Daily.